In Tel Aviv, there are way too many bars, restaurants, and shops that have hilarious translations from Hebrew to English. Here’s a list of places in Tel Aviv that are sure to make you laugh.

And then there’s a slightly dirtier version. Did the owners make fools out us by combining the words מִין (meen), which means sex (like gender), and זָר (zar), which means foreign or strange.

We’ll let you be the judge. 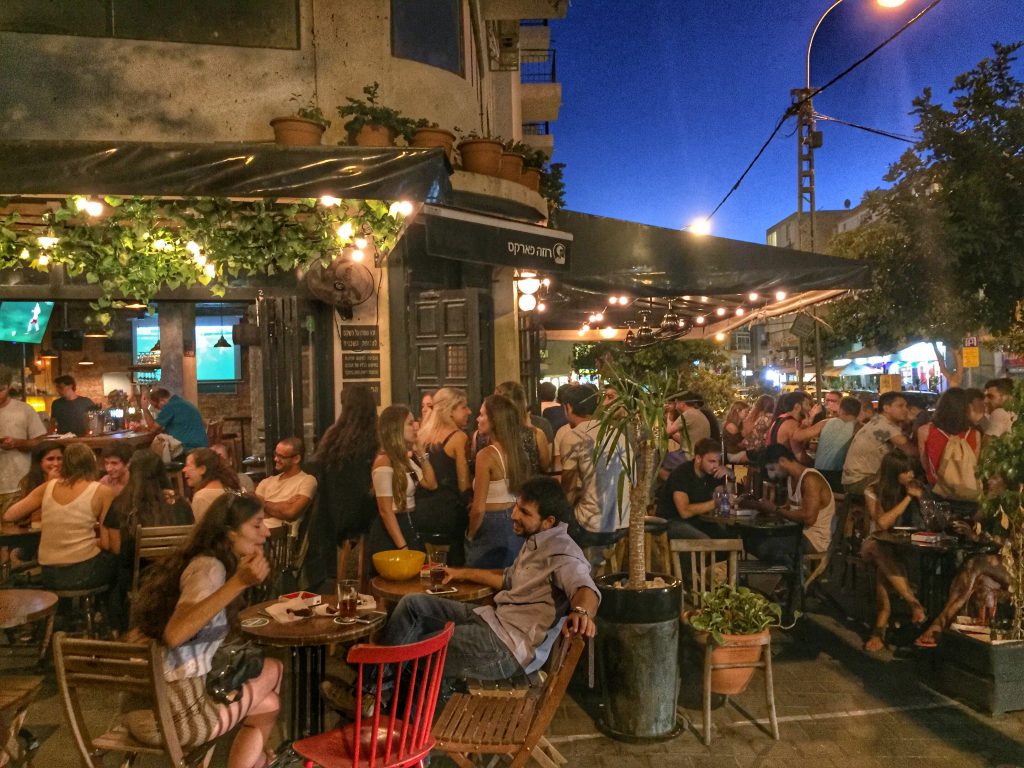 This bar was named after American civil rights activist Rosa Parks, who famously refused to get up from her seat at the front of the bus. The average Israeli is pretty unfamiliar with her and her story, but oddly enough, it still is a Tel Aviv local hit. 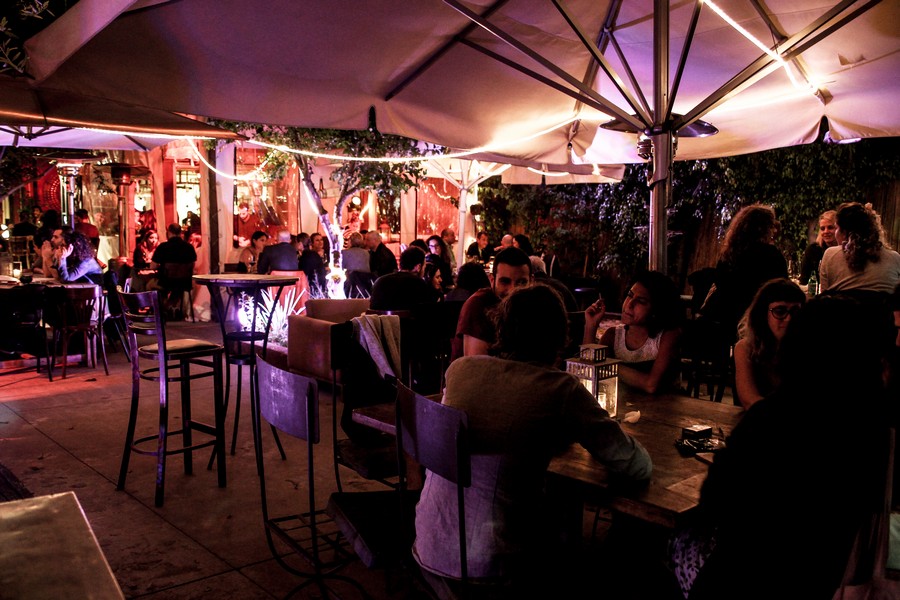 French for “from behind,” the name of this bar would literally translate to מֵאֲחוֹרָה (meh-ah-kho-rah) in Hebrew. This romantic garden wine bar is located on the border of Jaffa and Tel Aviv. We’re still trying to figure out why it’s called that though…any ideas?

This vegan restaurant clearly thinks highly of itself. Nonetheless, they’ll having you saying אִמָּא’לֶה (eemaleh) once you take a bite of their amazing vegan dishes.

Keywords to know: אִמָּא’לֶה (slang for “oh my goodness”)

We’ve heard of the third eye, but what’s a third ear? The magic of this place is that it goes from a record shop during the day to cool dive bar at night.

Literally meaning “consolation and a half” the name is a spin off of a Hebrew proverb חצי נחמה (cheh-tzee neh-chah-mah). In our opinion, there’s no going wrong eating here, with an unbeatable view of The Bima.

Keywords to know: חֵצִי נֶחָמָה (Israeli proverb meaning “If everyone’s doing something wrong, it’s only half as bad as everyone else did it too.”)

Named after the beach it’s located on, we hope no one’s actually “peeking” as the name suggests. 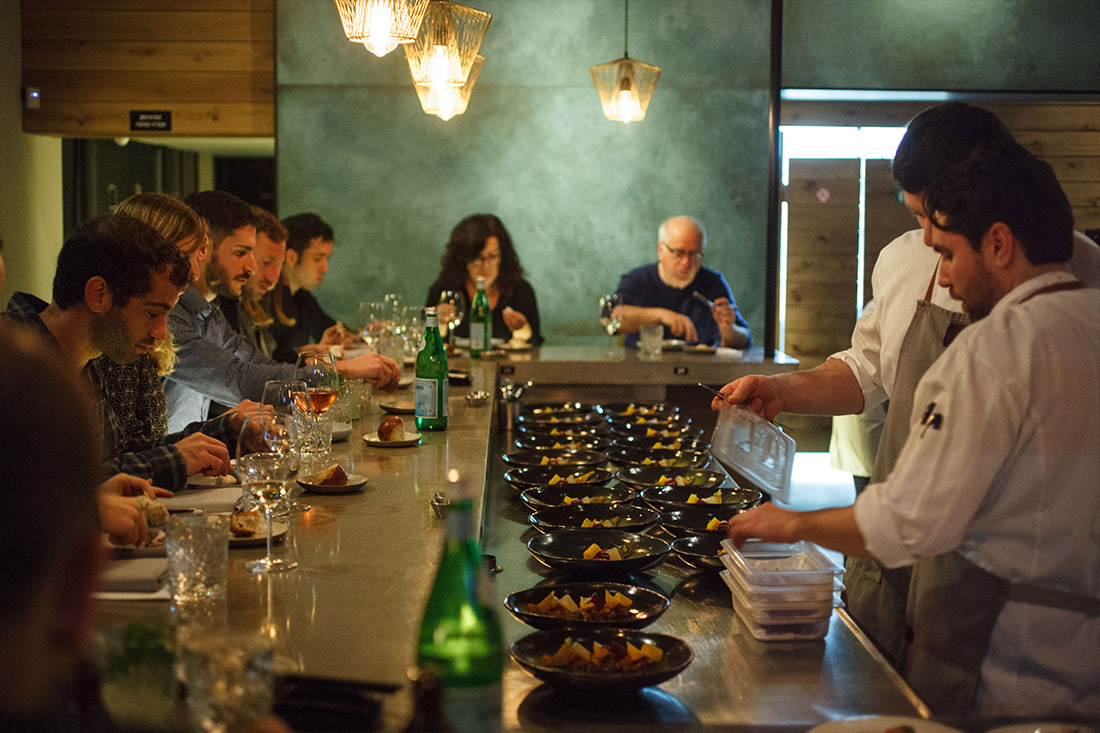 Yes that’s right…this bar is named after the Obsessive Compulsive Disorder, probably because guests are served all the same dishes all at the same time. Given the fact that famous Israeli chef Raz Rahav chooses the menu daily, we don’t think anyone is complaining.

Keywords to know: לְהִתְלוֹנֵן (to complain)

Feeling זַכַּאי, or “deserving”? Well you do deserve this amazing vegan menu whipped up by a famous Israeli chef. The food is so good even meat-eaters will walk away happy.