12 Things You Should Never Say to an Israeli Taxi Driver

Here are some things you should just keep to yourself when you’re in a taxi in Israel … unless you want to get kicked out of the cab!

Keywords to know:הַלְוַאי – I wish

Uber is banned from Israel because of ridiculous political reasons by the Transportation Ministry and because the Taxi Driver Association sued Uber and won. Suffice to say, Israeli taxi drivers are not big fans of Uber, as it means more competition and less pay for them. So they will continue to fight tooth and nail to keep their monopoly over taxi services — unfortunately, for all of us.

Whether they’re trying to scam you or not, accusing them of it will just piss them off. There’s better ways to go about ensuring you pay a fair price, like making sure the meter is running and asking how much the ride will cost in the beginning.

Don’t get into politics with taxi drivers, or they will drone on forever and ever, and the debate could wind up getting heated. Even if you disagree with what he’s saying, don’t start an argument, or you may just get kicked out of the car!

Most taxi drivers have been driving the streets for many years and know their city like the back of their hand. Accusing them of not knowing the way will be very insulting to them — even if you happen to be right. If you really think they are going the wrong way, pull up the destination on your phone to show them exactly where you’re trying to get to.

5. “Wow, you don’t look anything like your Gett Taxi picture”

We’ve all gotten into a cab and felt like we were being catfished by a driver who put a picture of themselves from 15 years ago. Definitely not the nicest way to greet your driver. I’d suggest sticking to hello.

It’s futile to try and get your taxi driver to drive like a normal person. They will just ignore you and continue their swerving, speeding, and sudden stops as they please.

It’s very common for taxi drivers here to have long conversations on their phones while they drive customers around. They will just ignore you if you try and get them to hang up.

Yes, there are stories of Israeli cab drivers doubling as matchmakers. And, yes, these stories are 100-percent true.

Israelis are expert hagglers. The answer will always be “no.”

Fun fact: In Israel you do NOT need to tip cab drivers!

Try to keep it together until you get to your destination, unless you don’t mind getting dropped off prematurely.

Always go by the meter! If they give you a “special” price, you’re probably getting ripped off.

Zoë Biehl is a full-time freelance writer and editor with an insatiable passion for travel. Originally from New York, she now happily calls Tel Aviv home 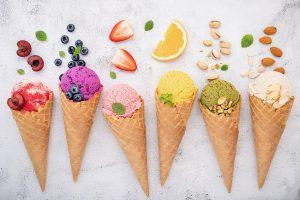